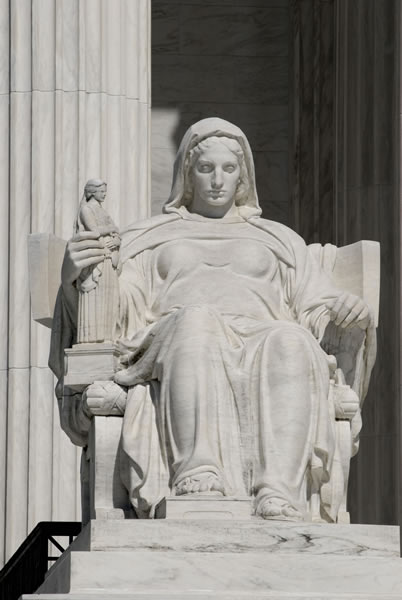 The United States Supreme Court Building Commission selected James Earle Fraser to sculpt two statues beside the steps of the entrance to the Supreme Court Building. Fraser completed preliminary models in 1933 and over the next year, he continued to hone his work. The sculptures were installed in 1935, a month after the building opened.

Fraser described the female figure, Contemplation of Justice, to the left of the main steps as "a realistic conception of what I consider a heroic type of person with a head and body expressive of the beauty and intelligence of justice." A book of laws supports her left arm and a figure of blindfolded Justice is in her right hand.